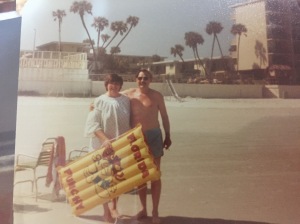 My grandma turns 89 today. I can’t call her because she won’t remember me so I remember her instead.

I leaned in, talking to her like nothing had changed (because for me, nothing had). I showed her old photos of herself. In one photo of my pregnant mom, she asked who it was. “That’s your daughter, my mom. And that’s me,” I said, pointing at my mom’s belly.

I held her hand tightly before remembering that that might be confusing to her. “I hope it’s OK if I hold your hand.” She covered her right hand over our clasped hands. “I like you. You’re a nice lady,” she said, smiling. The whole time, I felt her love radiate through her fingers intertwined with mine—the warmth of the connection was unspoken but overwhelming. She knew me in her bones, on a cellular level; we are made of the same stuff.

She has long, beautiful fingers. Even now, deep into her 80s, she always has a polish on them. Her nails are yellowing and thick, yet her fingers still have the elegance of a pianist, just like I remember them from when I was little—when her nails were lovingly and meticulously manicured, the purist representation of who she was and how she saw herself. Being put together was very important to her.

My grandma gave me her favorite art-deco onyx ring when I was in my early 20s—she said she wanted to see me wearing it while she was alive. When my nails were long and painted and I put on the ring, my fingers were her fingers—it made me safe, it was home, I was powerful. That ring was one of her pieces stolen in the burglary, and all the essence of her infused in that metal is gone, too. The only thing that makes me feel better is hoping that it found its way to a pawn shop, then passed from hand to hand to land in the possession of a woman who needed that feeling of power more than I do.

My grandparents were a huge part of my childhood, serving as a safety net for my single mom as she went back to nursing school when I was a toddler and then struggled to support Michael and me as we grew. After my mom died, they were my single source of unconditional love for a while. My grandma could be controlling and bossy, like I was her own daughter, but it came from her love of my mother.

When I look at myself—my hambone arms and bow legs, my thin mousy hair and small chest, my rounded belly, my tall frame and huge feet—I see my grandma. While those features have tortured me, I have always felt proud of them, too—I am a genetic imprint of a woman who is equal parts force and charm. And that thread connects her to me and to my mom, a thick yarn made out of black humor, extreme intuition, and the gift of the gab as a means of connection. (Did I mention our love of cats—and CATS?) Losing my mom was an earthquake for both of us, rocking us to our foundations—because we all shared one.

I saw something recently (a meme, let’s be honest) about female babies developing all their reproductive eggs while still in the womb, which means that briefly, a part of me lived within my grandma while she was pregnant with my mom. That is the extreme power of matriarchy, not to mention intergenerational trauma. My grandma gave my mom the middle name Alberta, the name of her mother who had died of cirrhosis about five years before my grandma became pregnant with my mom. Into her seventies, my grandmother still grieved Alberta, recalling the pain of losing her mother so young. My mom’s younger brother, Jeff, died at 16, shortly after she found out she was pregnant with me. That means that my mom was fresh with monumental grief as I was being developed.

It’s been impossible for me not to feel the weight of that matrilineal line, the connective tissue of hardship and strength. I feel like I’m doing the generational work of connecting the dots and pursuing healing that stretches all the way back through our mothers. That requires, first and foremost, healing myself. I feel so privileged to be able to do that on their behalf because they couldn’t. I can’t turn back time, but I don’t want to waste anymore either.

After I walked out onto the sidewalk after visiting my grandma, I bent over and cried from the pain of it all. I had held it in while talking to her and the release was guttural. Losing my grandma meant losing my mom all over again. It meant losing the remaining reference point for my womanhood. The two women who knew me, in a way no one else can ever know me, and our shared memories are gone now.

So a week after she turns 89, I turn 35, the age my mom was when she died. Between losing my job, watching as the opportunities to have a family and children start slipping away, and finally letting go of the body hatred that stemmed in many ways from their struggles, the meaningful timing is one thing that’s not lost on me. It’s woven together because our stories are woven together.

I never saw my grandma in a bathing suit because she hated her arms, like I have my entire life. Thinking back on it, I never saw her uncovered arms at all, not once. She told me many times over the years that if she could go back to her youth, she’d fix them surgically. After losing my job, I got a tattoo of my grandma on my right arm, the one I’m most self-conscious about. In the reference photo of her, her nails are perfectly manicured and she’s wearing the onyx ring. She’s out to drinks with the other secretaries who worked at G.E. She’s being told at work that she’s one of the smartest gals. Her boss comes onto her while driving her home one night. She has yet to have children or spend decades dieting. Her mother is still alive. She’s at the center of the pic, looking down while everyone looks at the camera. Your eyes can’t help but be drawn to her.

One thought on “A Nice Lady” 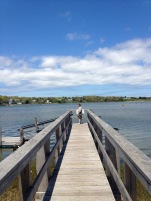 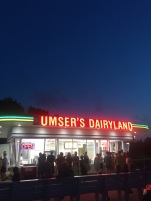 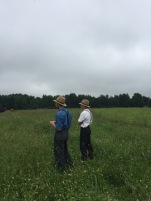 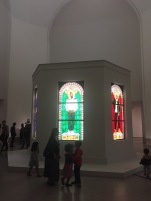 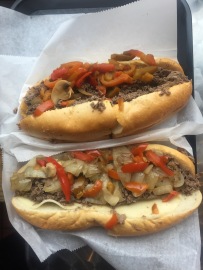 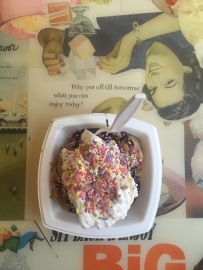 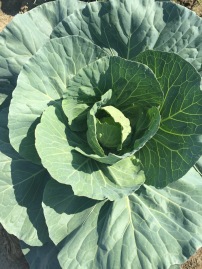 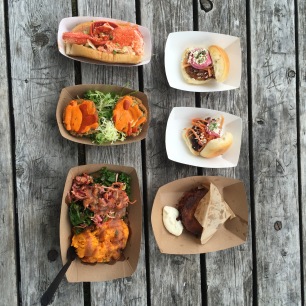